Antidote
Escapology
130 Commerce Street, Montgomery, AL 36104
2-8 players
Duration: 60 minutes
Dr. Walter Brandt is a high-ranking chemical weapons specialist for the United States government, part of a secret department that is only recognized by a series of mysterious numbers and letters. He has been developing powerful viruses capable of eradicating enemy forces with swift pace and deadly accuracy. Foreign powers have noted Dr. Brandt's work and have recruited him to develop a powerful virus capable of killing their enemies in hours. He has gone rogue and has become a threat to the US and potentially the entire human race. You are a team of scientists investigating Dr. Brandt's abandoned laboratory. You've been tasked with finding the only known antidote to virus TS-51 before it gets passed into enemy hands. However, during the investigation a clumsy member of your team bumps into a shelf, sending vials of the highly contagious virus crashing to the ground. One of them breaks and sends plumes of deadly vapour into the air. Immediately, everyone is infected but that isn't your biggest problem. The chemical detection sensor has picked up the threat and shutdown the facility. Total decontamination will begin in 60 minutes (eliminating all biological organisms inside)! Your only chance of survival is to scour Dr. Brandt’s laboratory to find the antidote. He has hidden it from the government through a series of riddles, puzzles and codes that only the smartest can figure out. If you do not find the security override code and antidote within 1 hour the facility will self-destruct, and there will be no escape. Rely on your team, intellect, and keen sense of observation to solve the riddles and unlock the secrets to find the antidote and to escape the facility. Time is of the essence. Do you have what it takes to defeat Dr. Brandt and save yourselves and the World from destructive chemical warfare?
Visit Room Website
Sign in to discuss this room
98/100
Mrmotes93
20 rooms
95% escaped
Mrmotes93
ESCAPED! 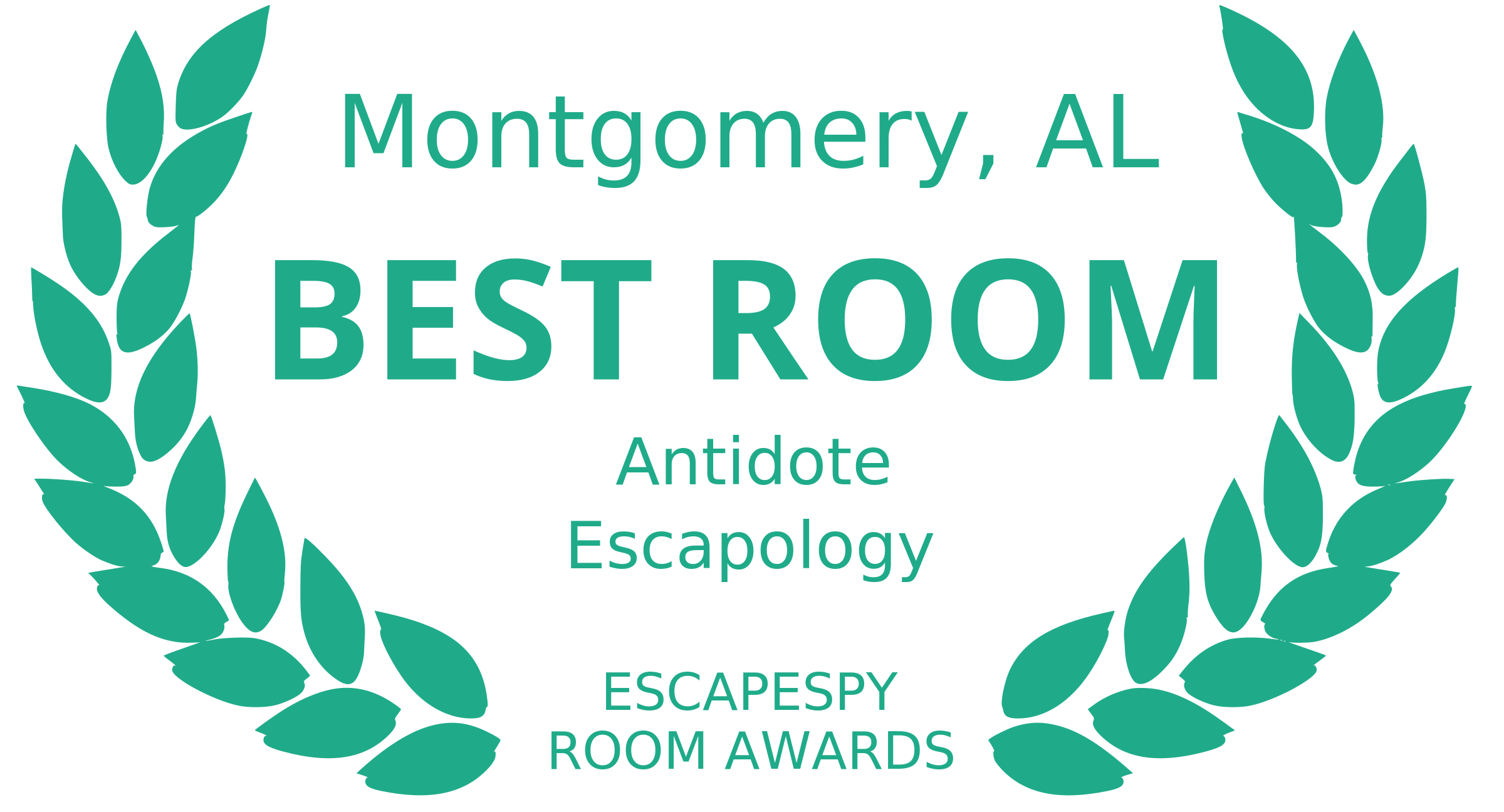